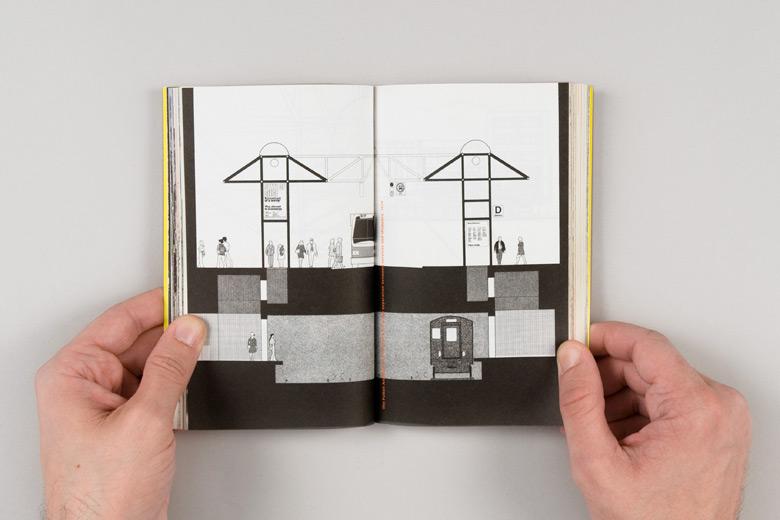 A pocket-sized parable about race and redevelopment in American Cities

As measured by foot traffic and retail volume, the Fulton Street Mall has been one of the most successful shopping districts in America for nearly a century. But despite these indicators of success, the city rolls out a new revitalization scheme for the area every few years. This book contrasts interviews with several generations of city planners with a pointed visual history of the area to tell a tragicomic story about politicians, bureaucrats, merchants, shoppers, fear, race, and ideology on the street.

This book builds on the outdoor exhibition “Values and Variety” to tell a sordid but commonplace story of planning, paranoia, and race in a downtown shopping district. The book features photographs from Leigh Davis, Gus Powell, and Jamel Shabazz. This book is the initial offering of Inventory Books, an imprint of Princeton Architectural Press designed by Project Projects. The book’s format is intended to recall the provocative disposable paperbacks of the early seventies. 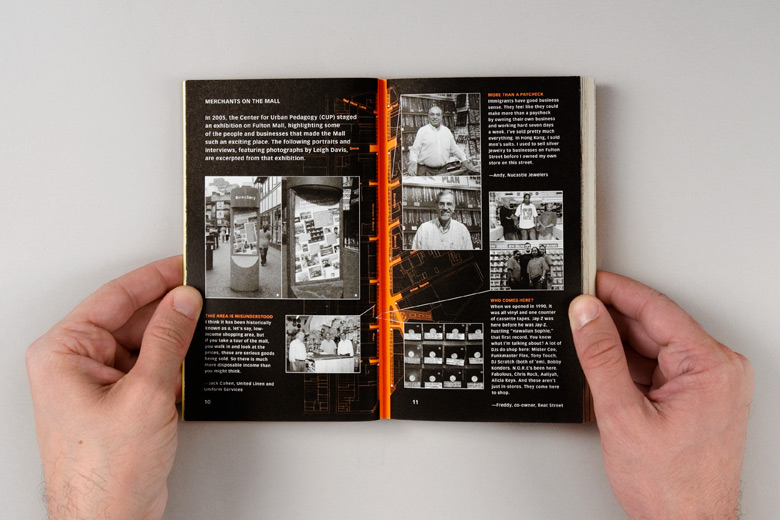 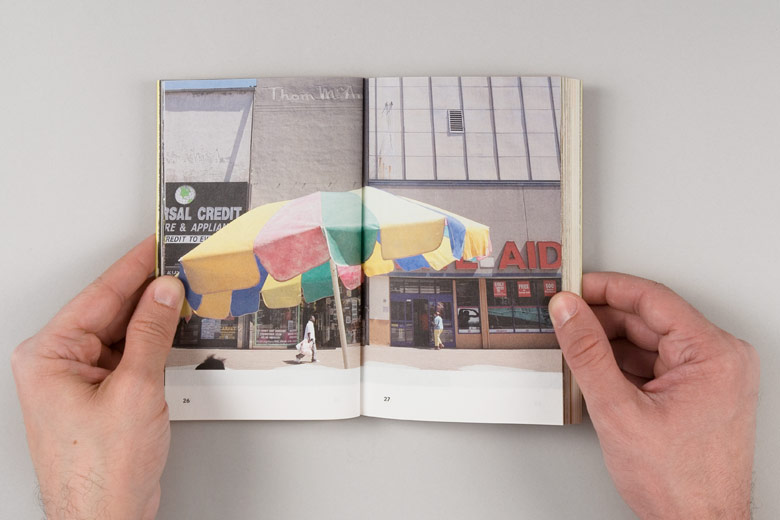 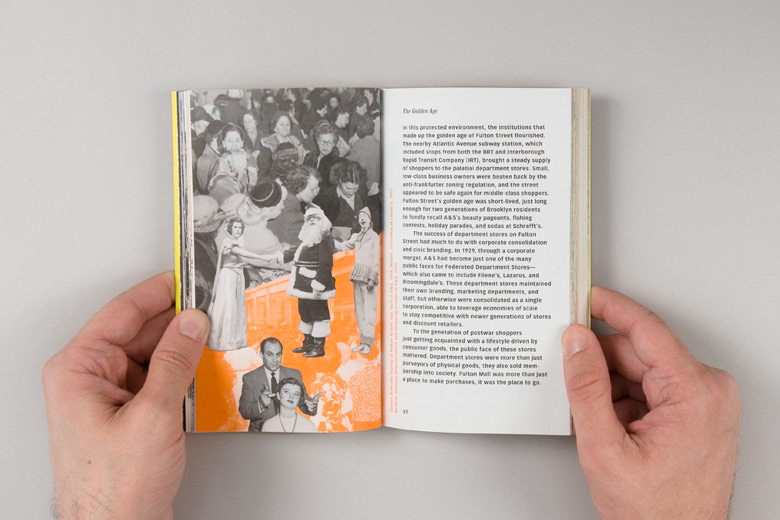 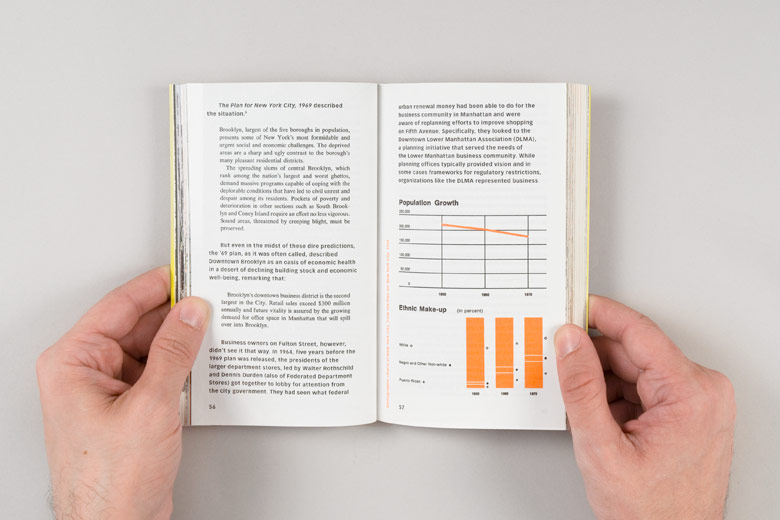 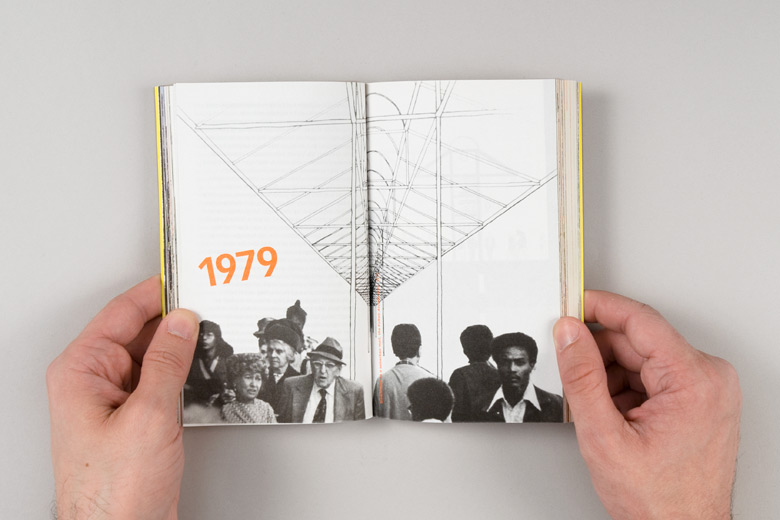 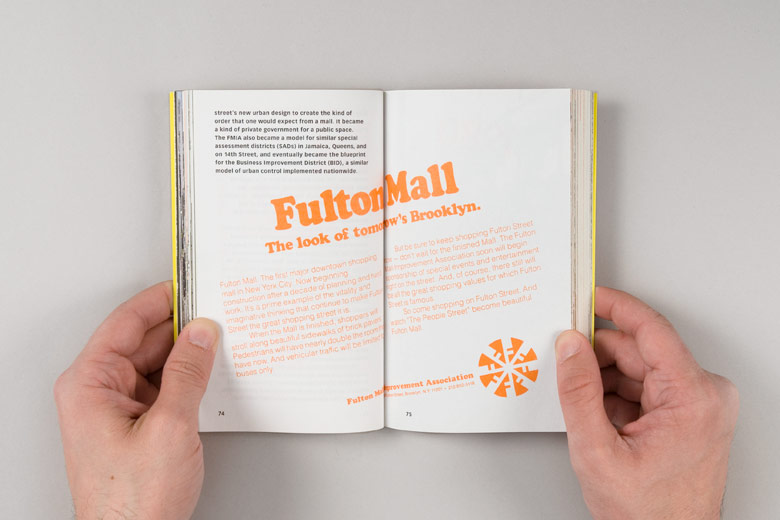 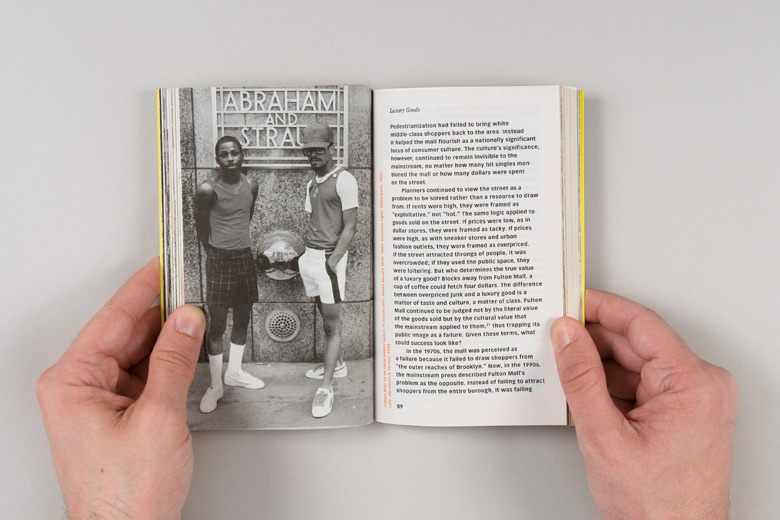 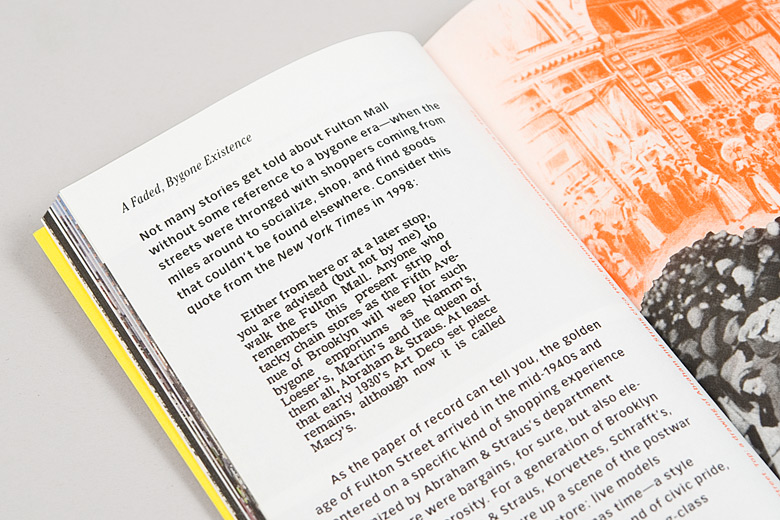 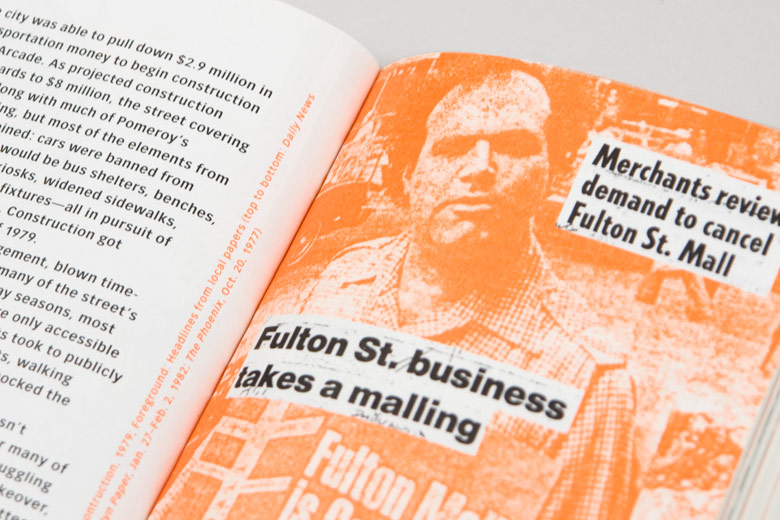 Values & Variety
Willowbrook is . . .
The City Without a Ghetto