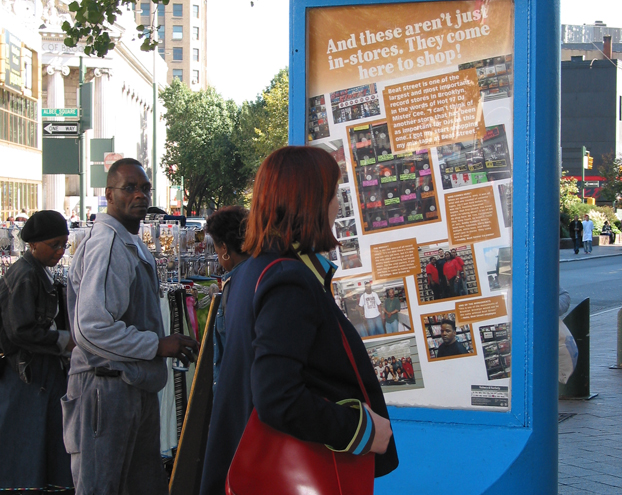 Brooklyn’s Fulton Mall is one of the most-traficked, most profitable commercial streets in North America. Despite its objective success, the value of the street has eluded generations of planners and developers, largely because of its clientele, low and moderate income African-american and carribean shoppers. Values and Variety was an outdoor exhibition that was installed in Fulton Mall’s information kiosks from the fall of 2004 to the summer of 2007. The exhibition was deployed to inform public discussion about the future of the area in the wake of the city’s 2004 redevelopment plan for the area. The exhibition made use of the geometric information kiosks installed during the mall’s 1980’s pedestrianization. Borrowing heavily from the cheerful language of historical signage, and commercial advertisement, the kiosks celebrated the contemporary life of the mall with oral histories and portraits, highlighting an alternate history (from Biz Markie, to the evolution of street vending) of the street.

This exhibition was a project of the Center for Urban Pedagogy (CUP) and Place in History(PiH) with support from the Metrotech BID. Portraits by Leigh Davis. Graphic design by Project Projects. 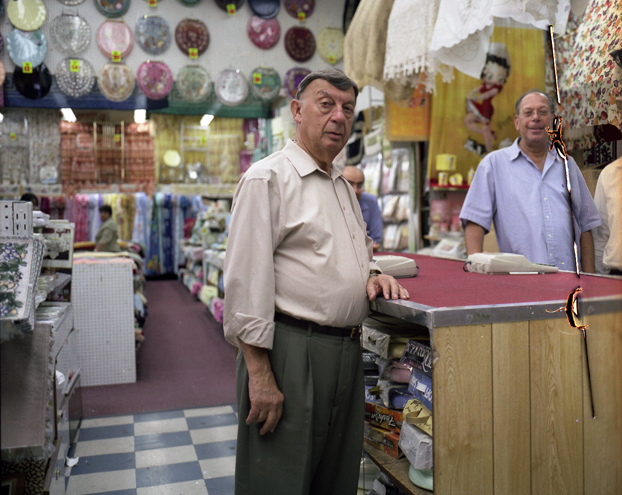 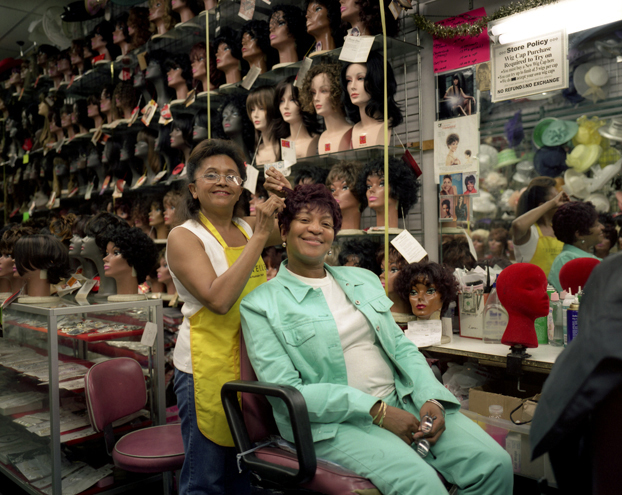 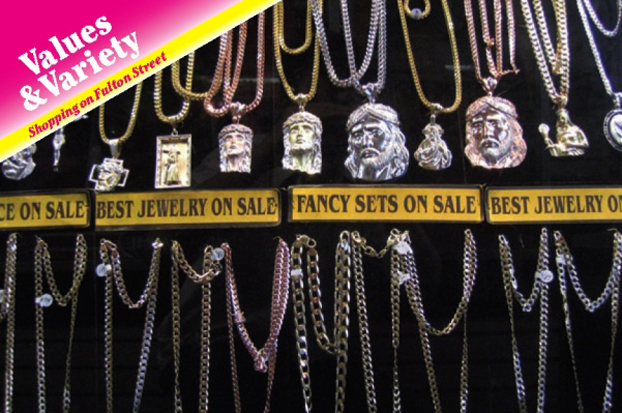 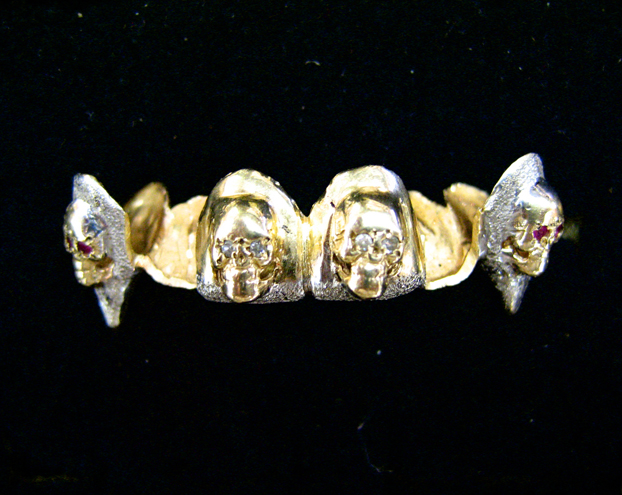 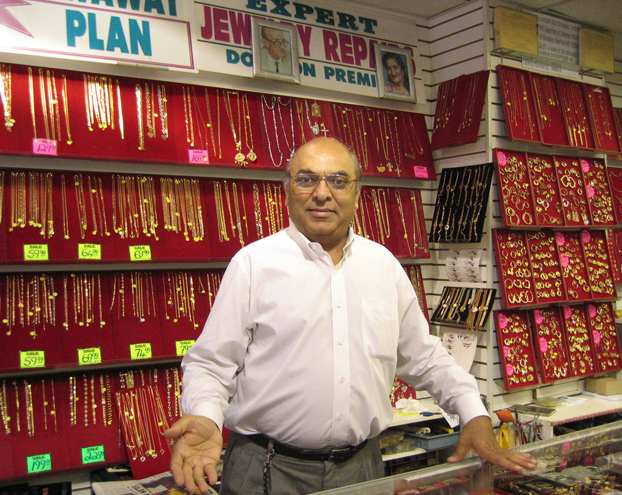 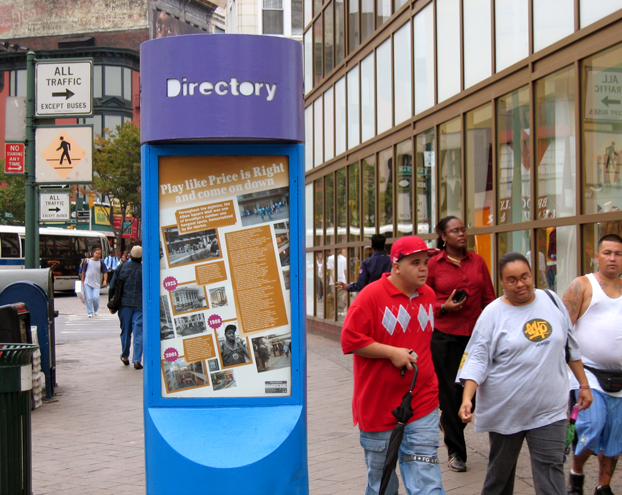 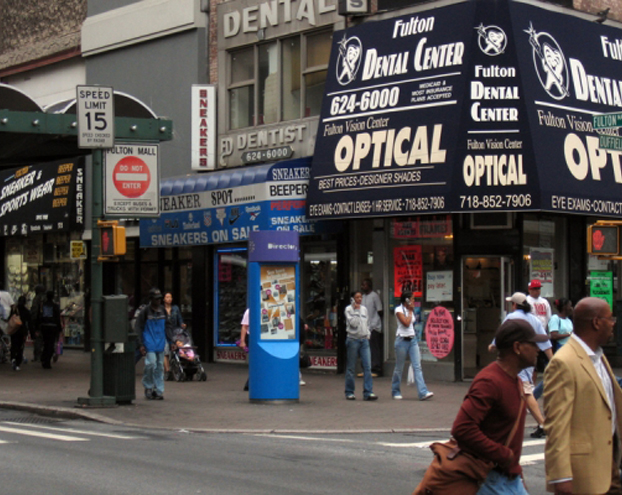