Mapping the Measure of America 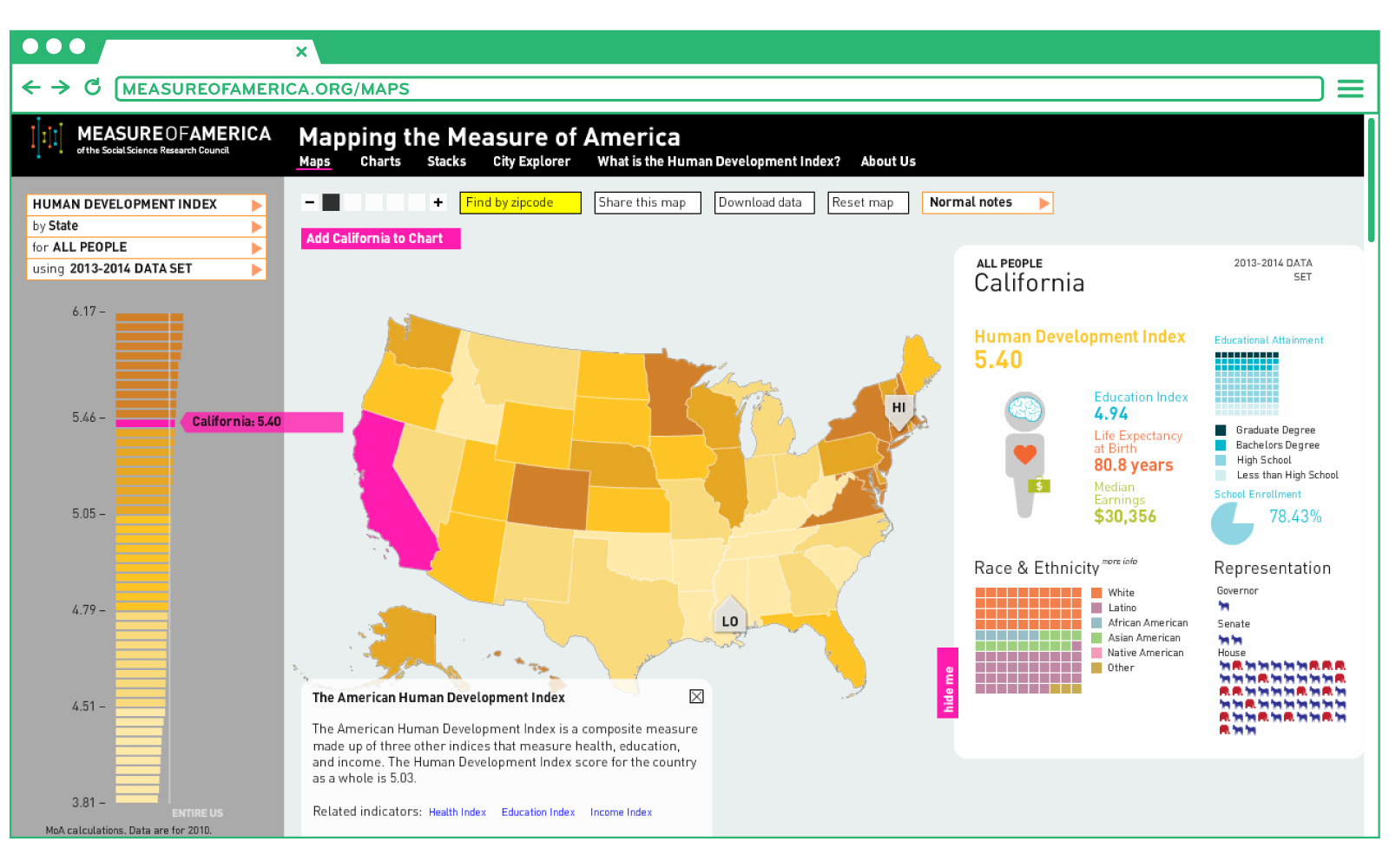 I developed the project over four months with the help of Zach Watson –who handled the code heavy lifting: compressing the map-shapes and the data. Sha Hwang made the connection and provided moral support. 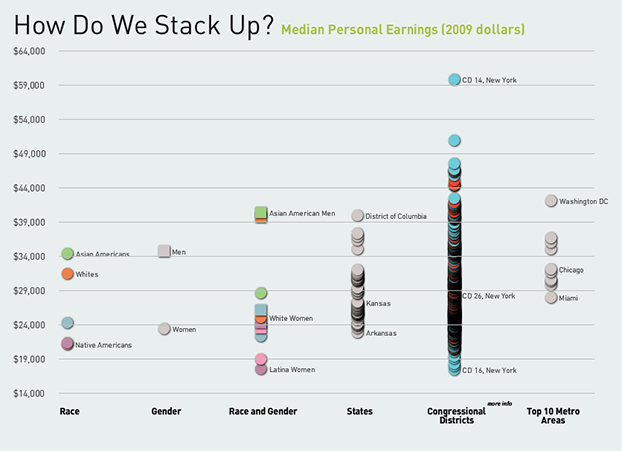 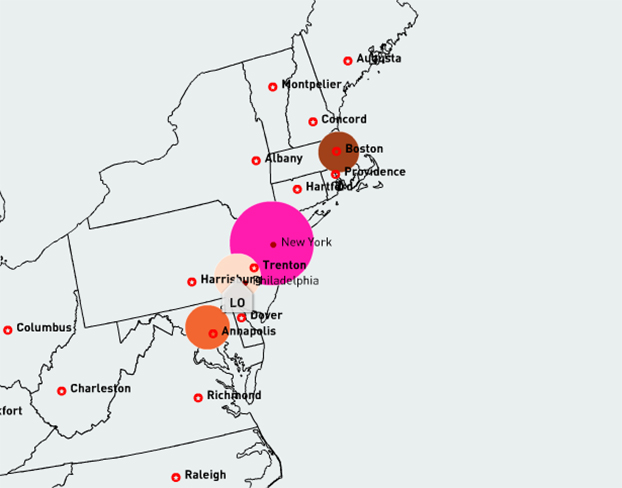 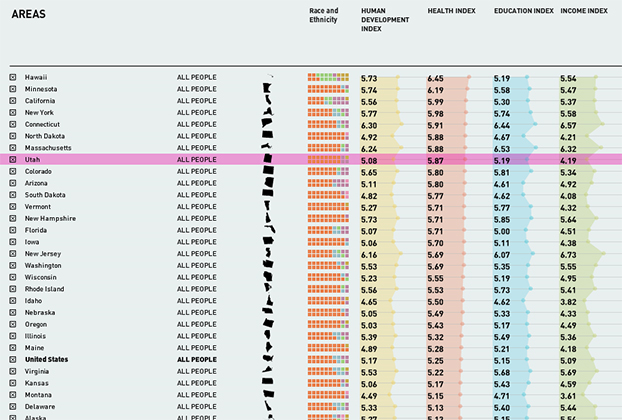 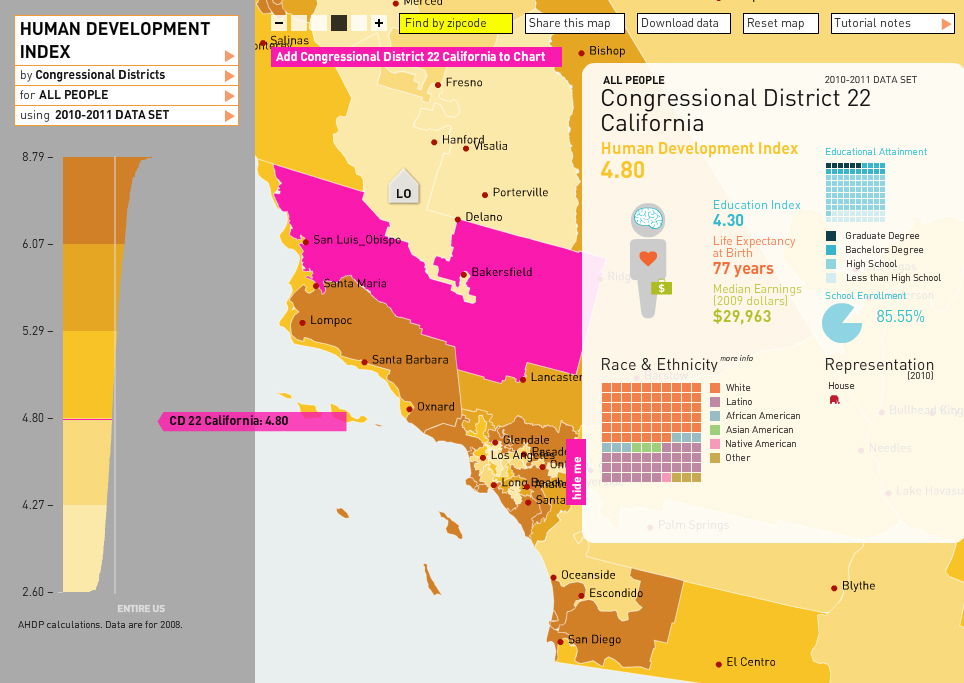 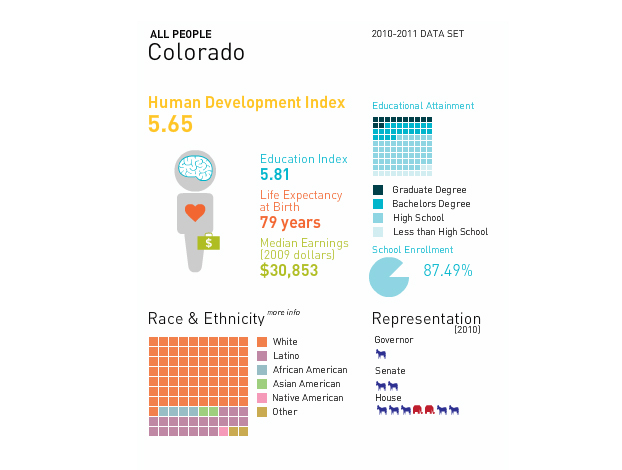