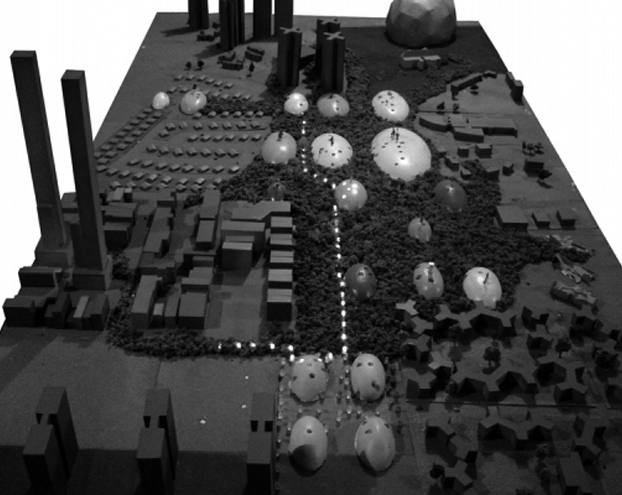 An interactive model about housing and subsidies in the United States

The subsidized landscape adapts the didactic modes of display used in public museums (see Robert Moses' Niagara Power Museum) to illustrate theories about money and development. The model uses 1000 LEDs to animate 12 different paths of government subsidy as they make their way from a Federal, State, or City agency to an iconic development.

Within the The City Without a Ghetto exhibition, this project served as an important corrective. While most of the exhibition dealt with ways that the government intervened in low-income communities (through policies like public housing, slum clearance) this model illustrates the ways that government uses money to shape housing choices for the very wealthy, as well as the very poor.

After traveling with the City Without a Ghetto exhibition, this project continued to travel, visiting the Mess Hall in Chicago, New York's Center for Architecture and Pratt University, and Princeton University in New Jersey, before going on to proudly represent the United States as part of the American Pavilion of the 2008 Venice Architectural Biennale.

This project was produced with the time and talents of a big team of collaborators led by myself and Damon Rich. The team included railroad model-master Oscar Tuazon, researchers Sam Stark and Meghann Curtis, Programmers Kentaro Okuda and Ken Haller, and model-builder/solder-soldiers Chris Dierks, Leigh Davis, Francisca Benitez, Andrea Meller, and Daniel Aranda. 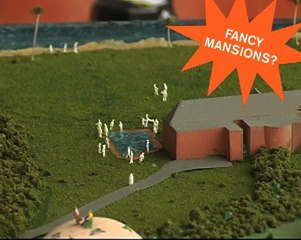 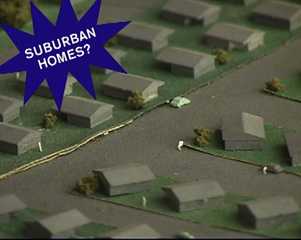 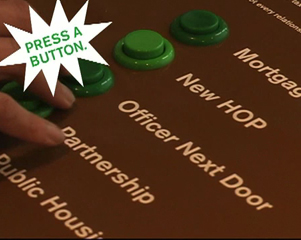 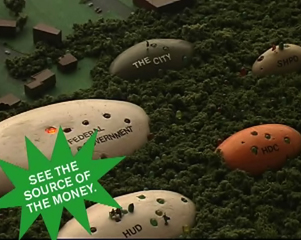 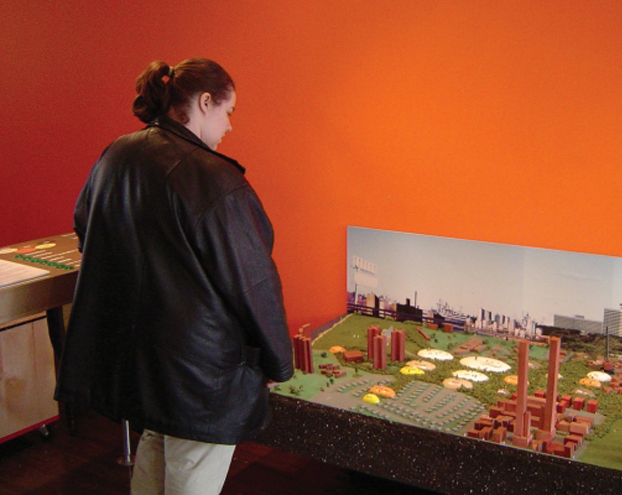 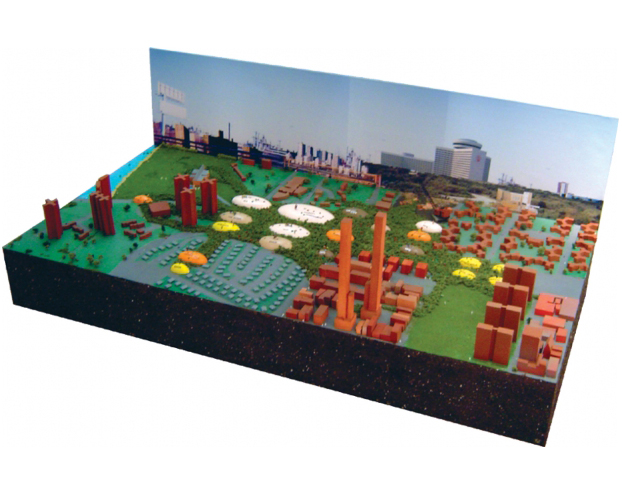 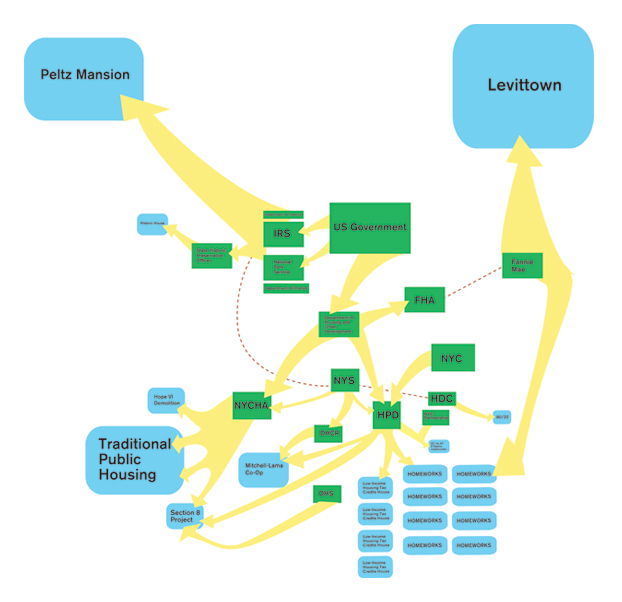 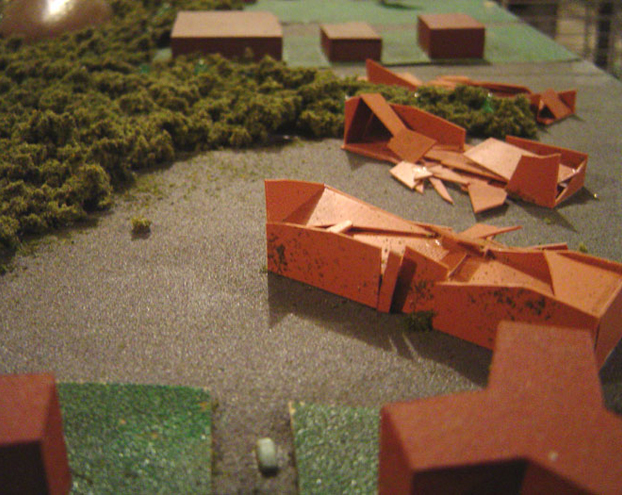 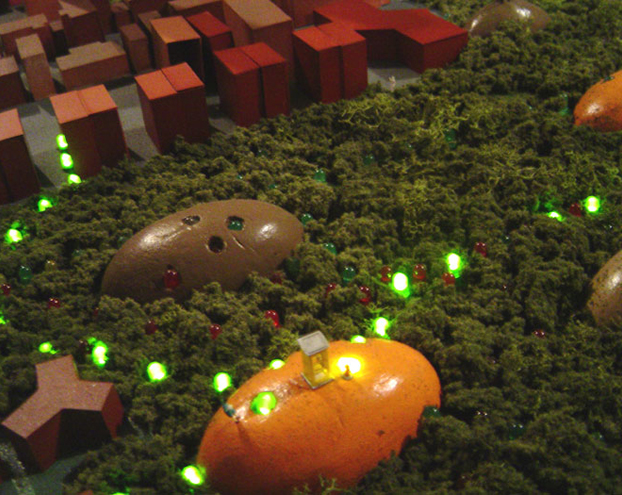 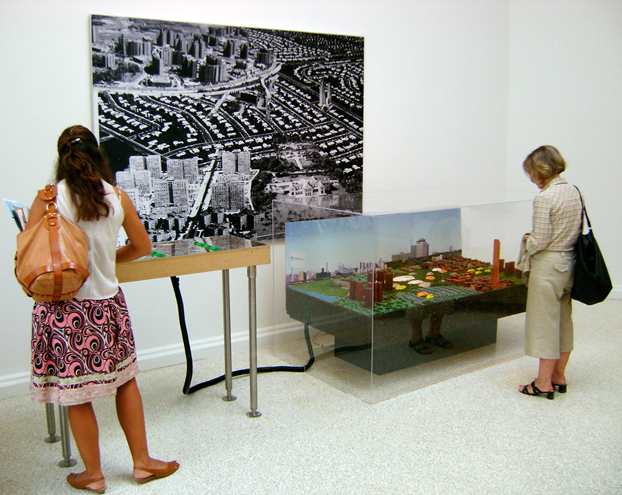 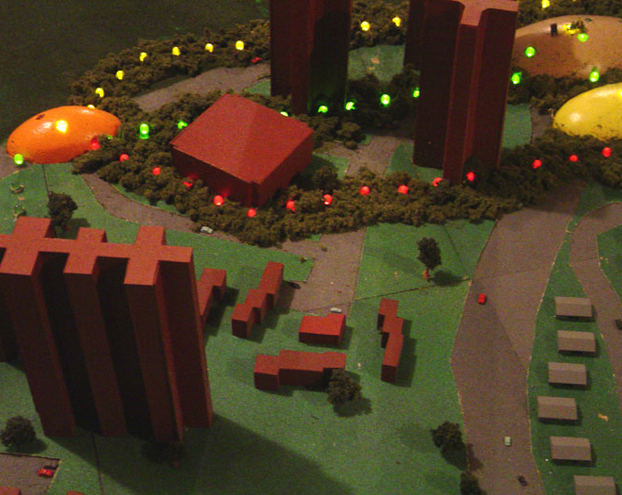 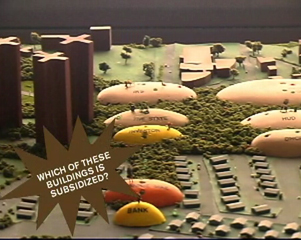 The City Without a Ghetto
What is Affordable Housing?
Public Housing Television
Blocks and Lots