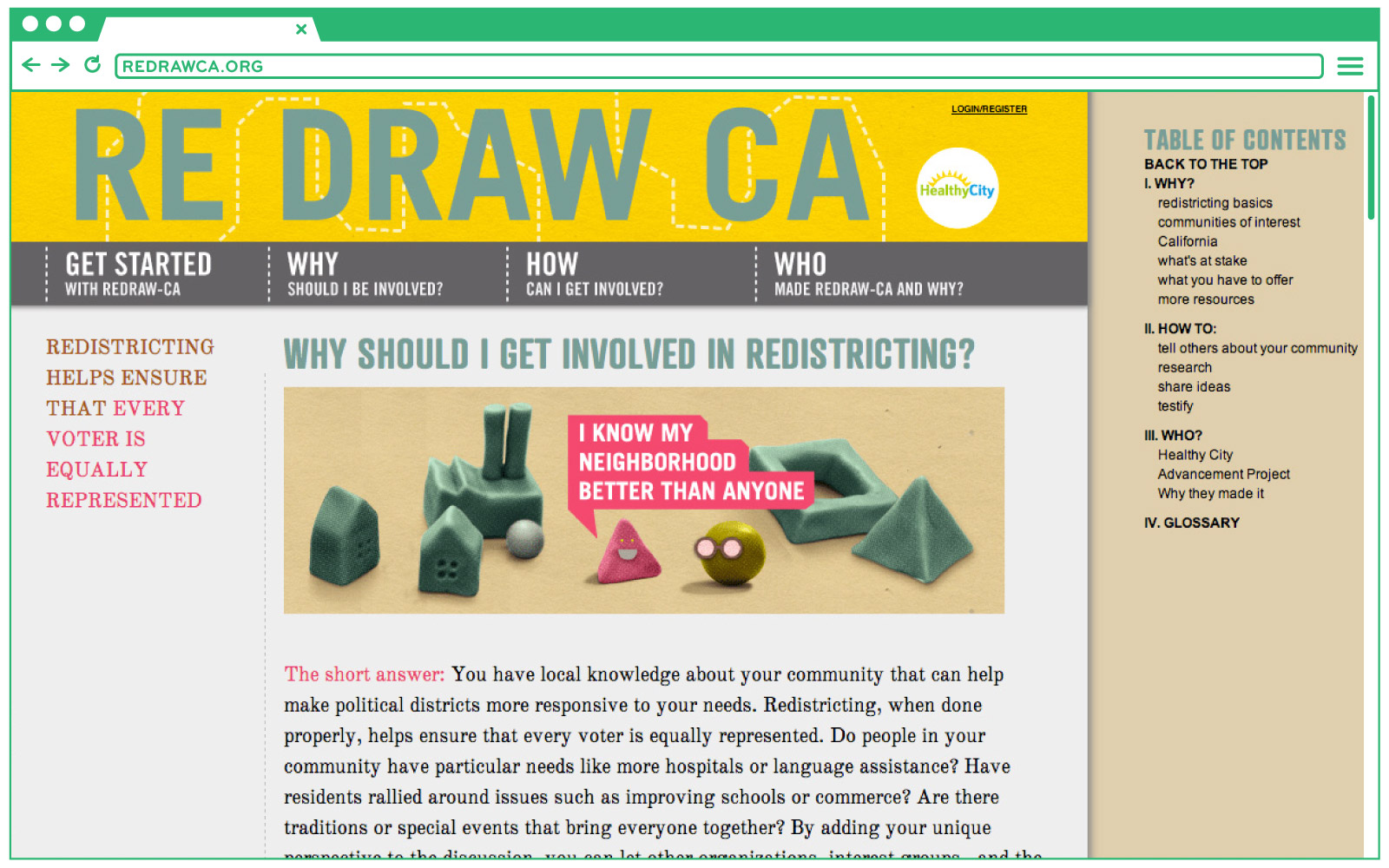 Redistricting is a classic example of what I call secrecy through boredom. It forms some of the most critical civil rights terrain, the pre-figuring ground where real political power is developed, maintained, and defended and yet it resists interest and engagement. Because it is completely wonky. The civil rights lawyering group, The Advancement Project, asked me to develop an educational campaign about redistricting, its history, legal basis, and why it matters today. I worked with Collen Corcoran to produce a website and set of animations explaining redistricting.

Redistricting law is complex and deals with a carefully balance between policies that group together and exclude groups based on shared traits (like race, religion, political affiliation) to control “gerrymandering” the political gaming of these geographies. We needed to create a framework for illustrations that allowed us to talk about difference in a way that wouldn't add unneeded racial or political charge to the issue. We decided to take a tip from the bauhaus and represent a political world made out of primary shapes and primary colors - allowing us to show the many ways that political boundaries could group or divide individuals and the complex ways that identity can be layered (color and shape as independent features). The site was entirely designed around animated gifs that we produced through stop-motion animation.