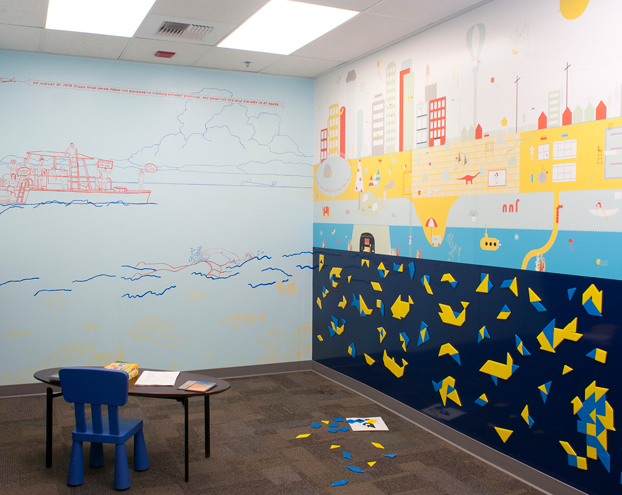 In 2012, the City of Los Angeles' Department of Cultural Affairs public art program commissioned myself, Alyse Emdur and Michael Parker to design a children's waiting room in a crime lab for the Los Angeles Police Deparment's remodeled Ramirez street development. Generally speaking children who see this room are waiting to have photographs taken of their wounds to determine whether or not they are being abused, one of the worst moments in anyone's life. We decided to keep the project conceptually light, and tried to create a humane, serene, but distracting environment for this dark situation.

We designed a series of landscapes (with deep illustration work from Tiffanie Tran) that also work as games. In this collage, a variety of characters photograph their environment. The mural is a game, worksheets ask children to match a series of photographs with their photographer - placing themselves in the picture-taker's shoes (hopefully echoing the experience that the youth are about to have on the other side of the camera). For younger children, the lower half of the wall is a gigantic magnetic play surface covered with handmade lexan tangrams. On the far wall, Alyse painted a wall drawing of endurance athlete, childhood abuse survivor, Diana Nyad's long distance swimming record. 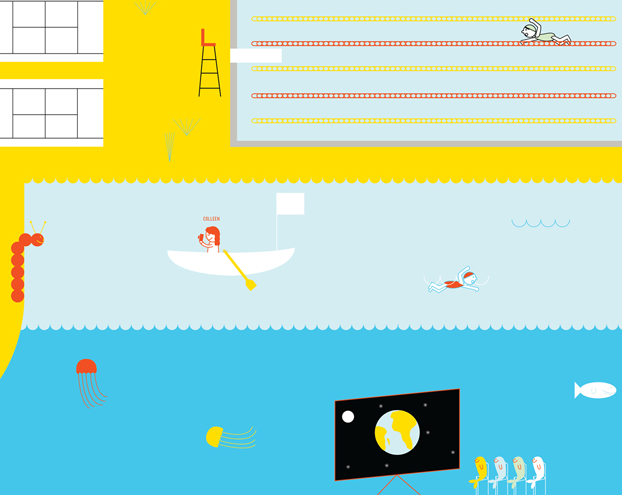 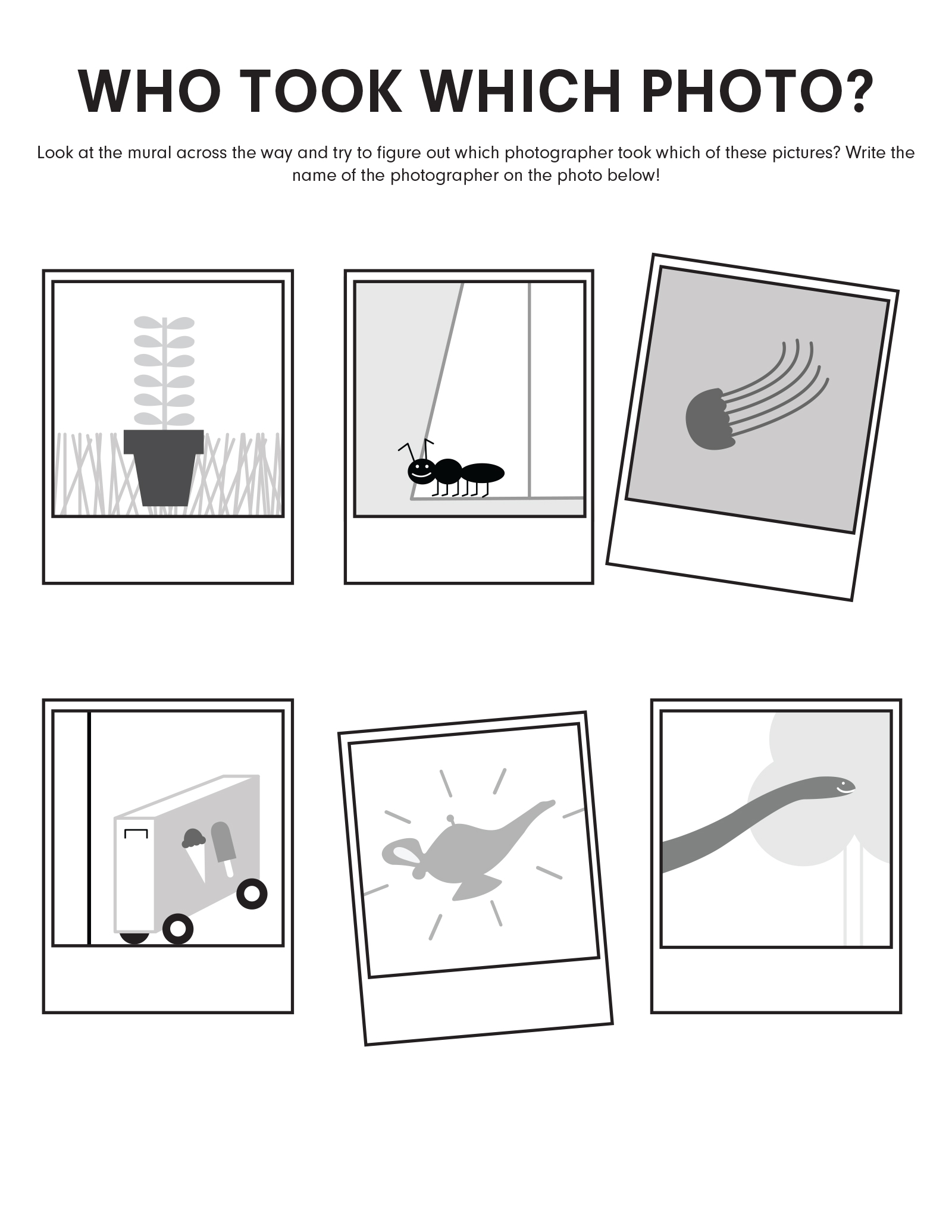 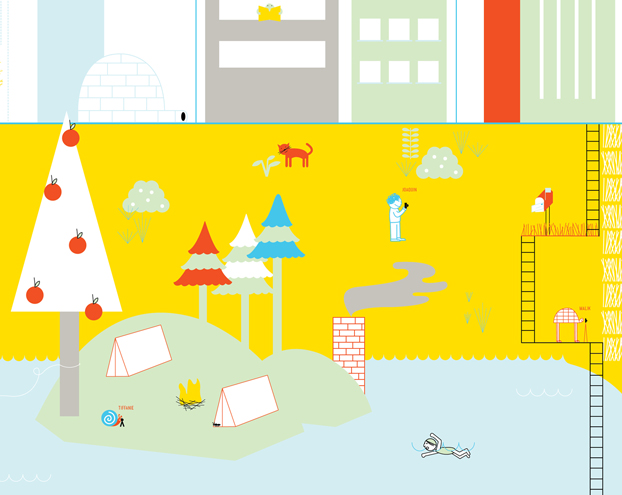 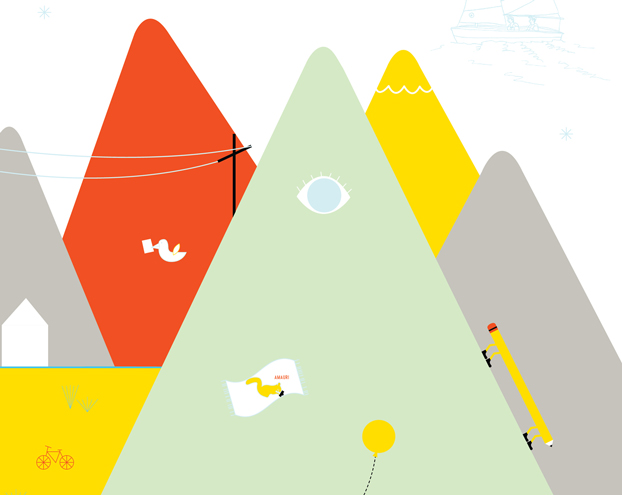 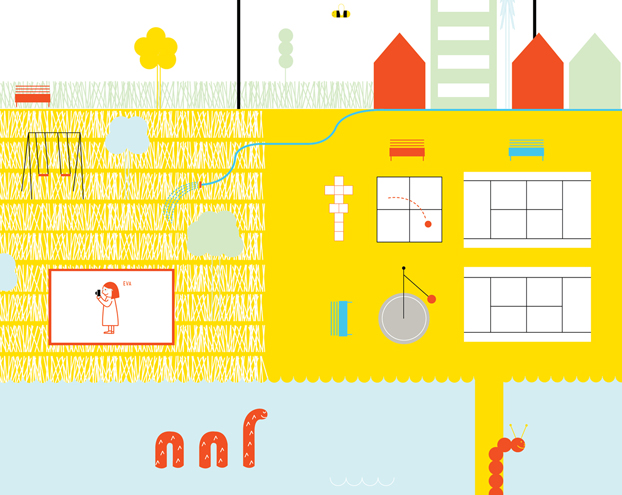 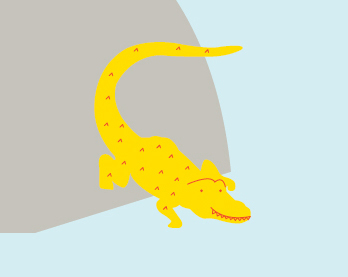 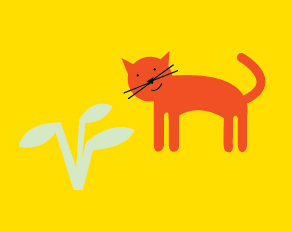