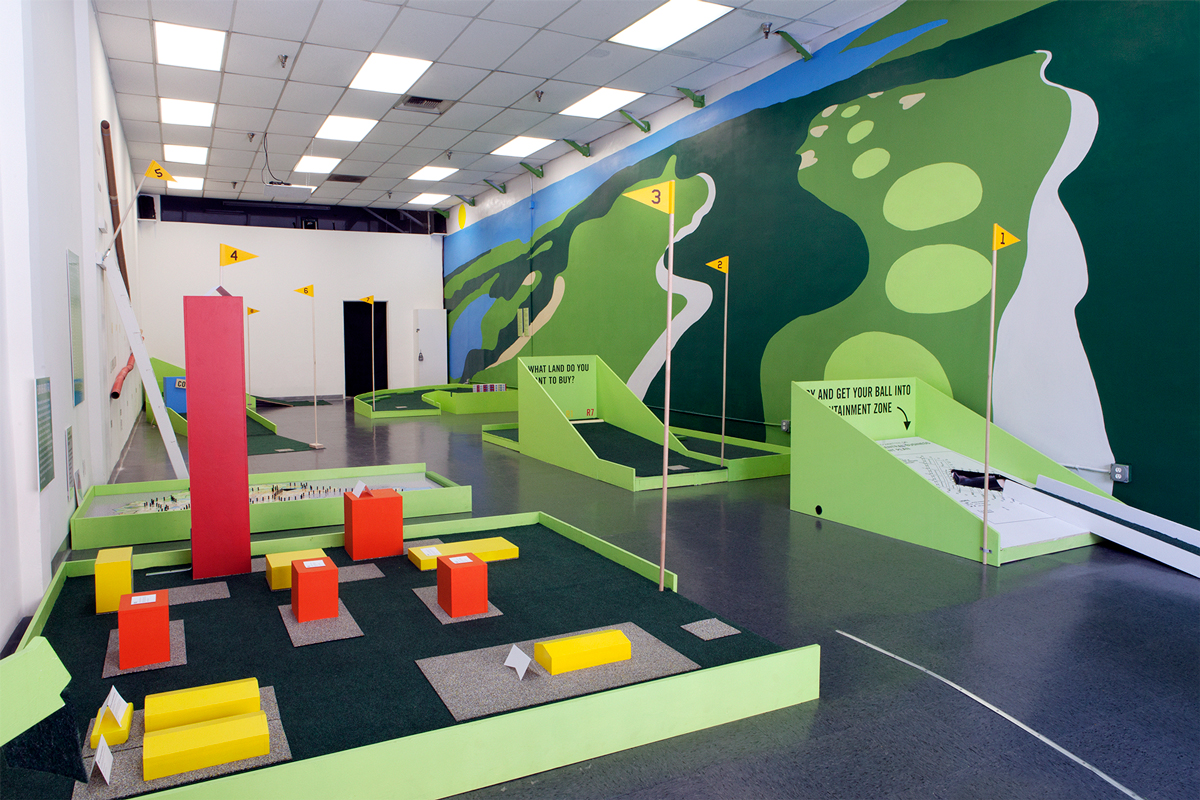 A golf course about zoning

In conjunction with several other projects designed to organize and represent the viewpoint of Skid Row residents in these planning discussions, I designed and built this nine-hole golf course in collaboration with the Los Angeles Poverty Department. It served as the set for their play of the same title, and functioned as a playable nine-hole educational golf course.

Each hole in the course tells a story about the history and future of real estate development, housing, and homelessness in Los Angeles’s Skid Row. Beginning with the 1980's homelessness "containment policy" and ending with a demystification of the jargon used in the current moment's re:code terminology.

The golf course was built and designed with help from Tiffanie Tran, LeeBuild, and a veritable army of volunteers from downtown Los Angeles. 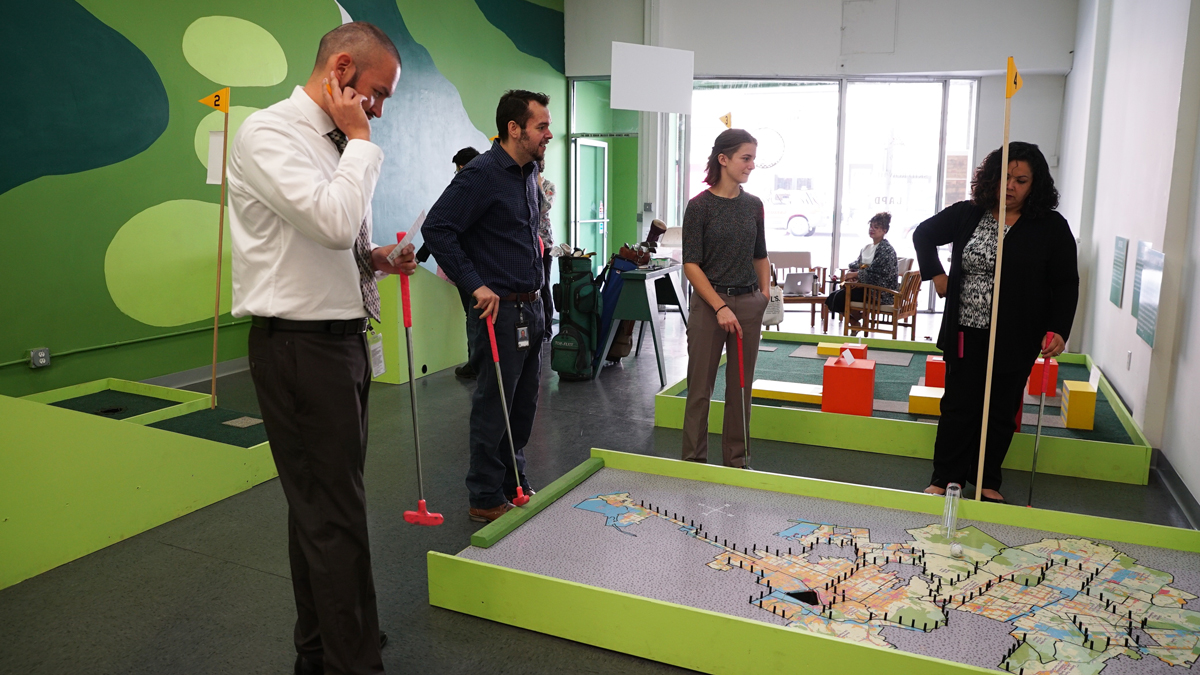 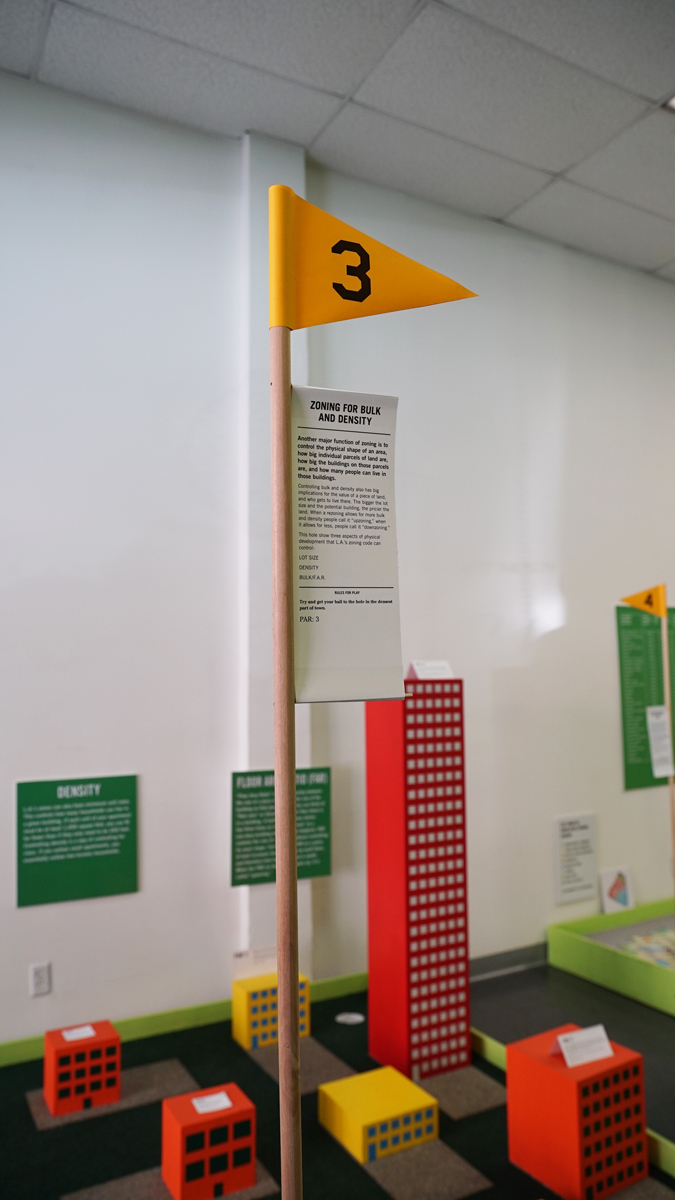 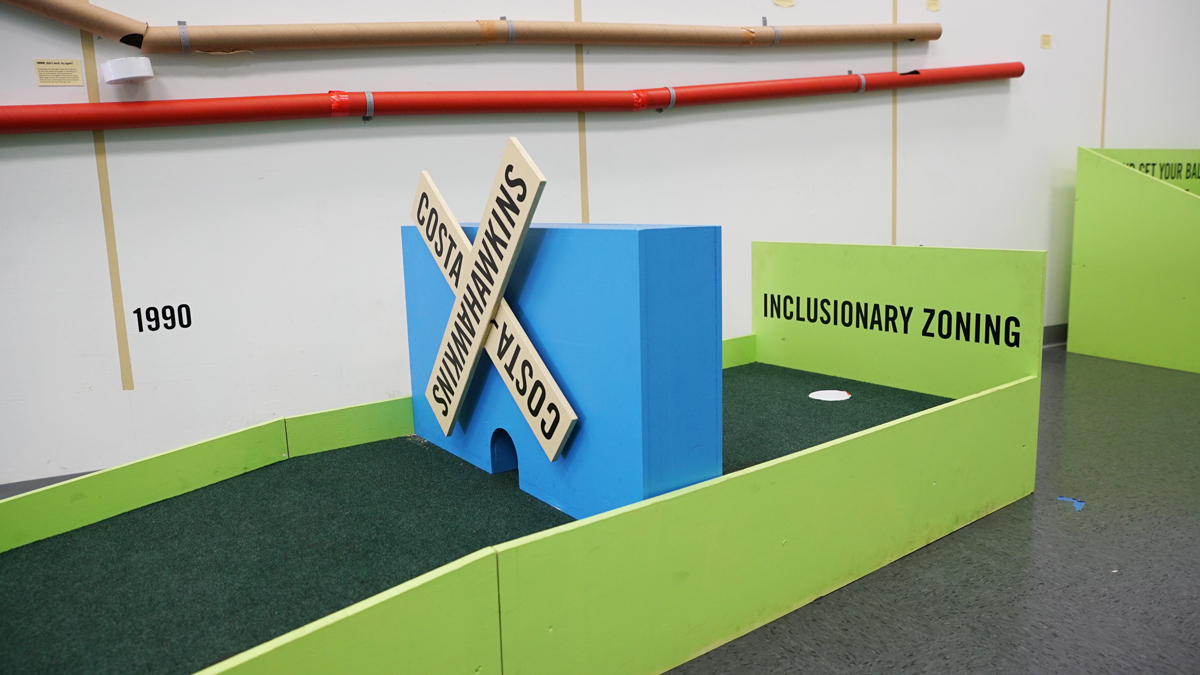 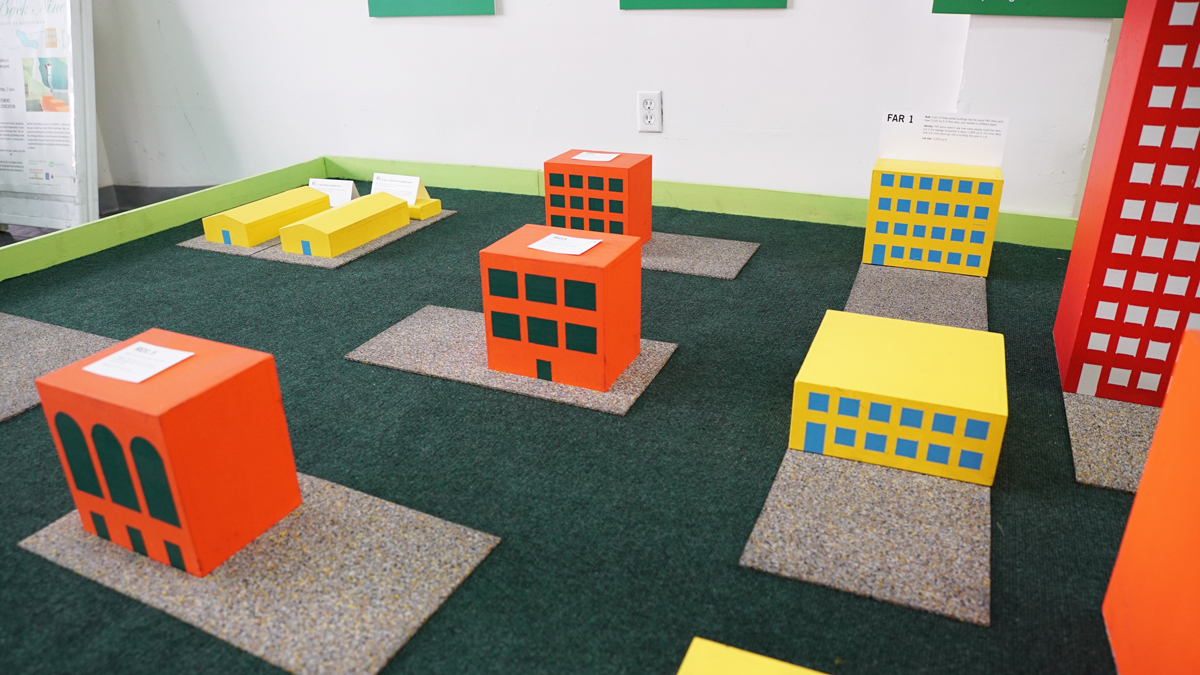 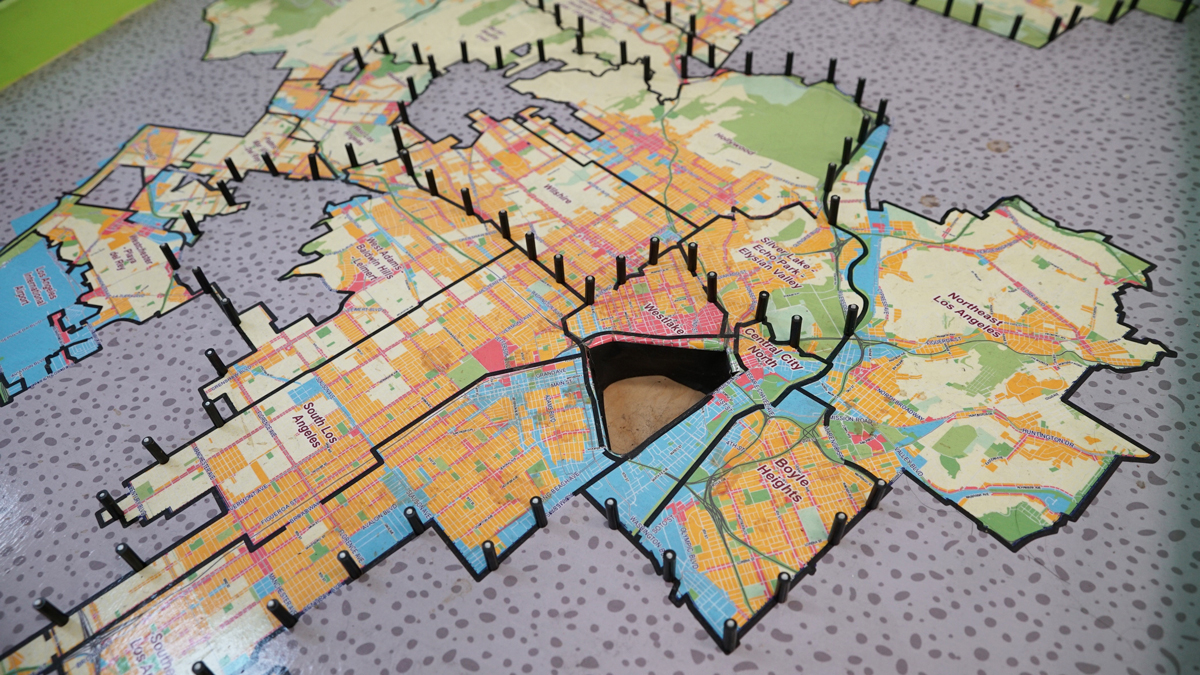 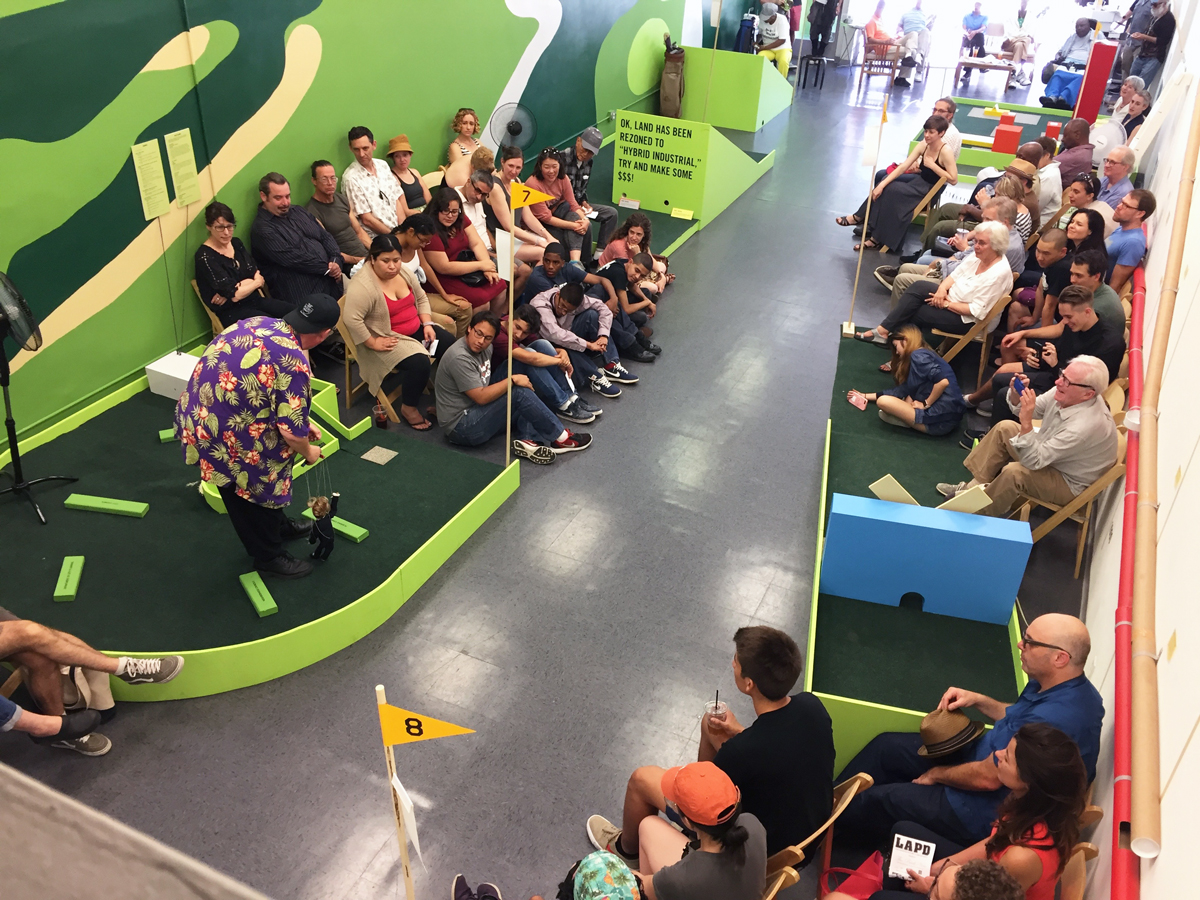 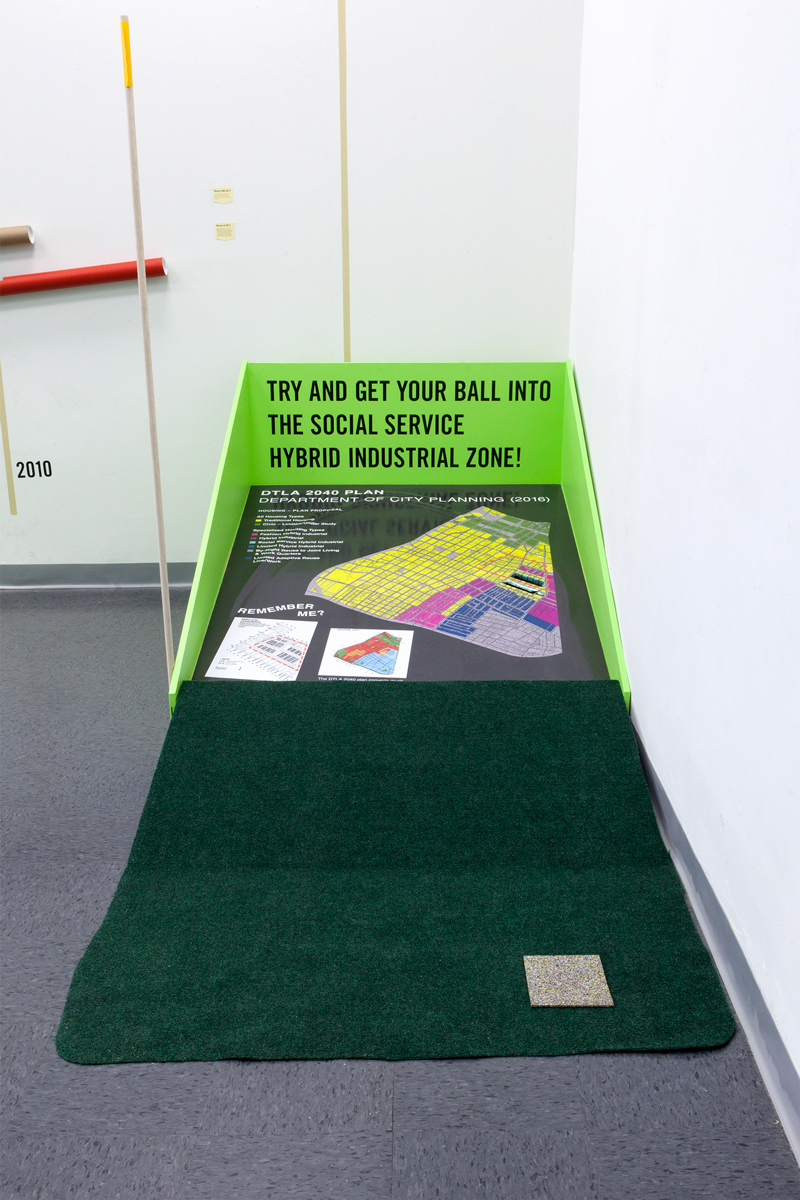 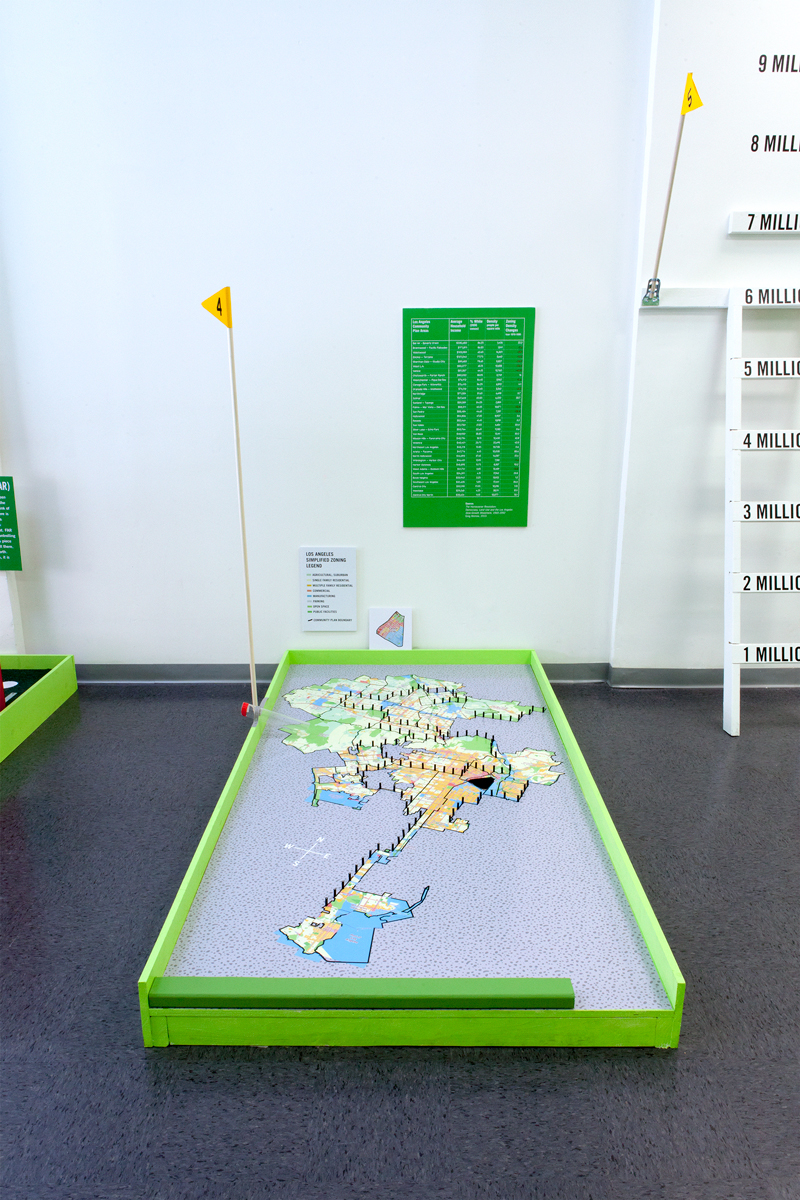 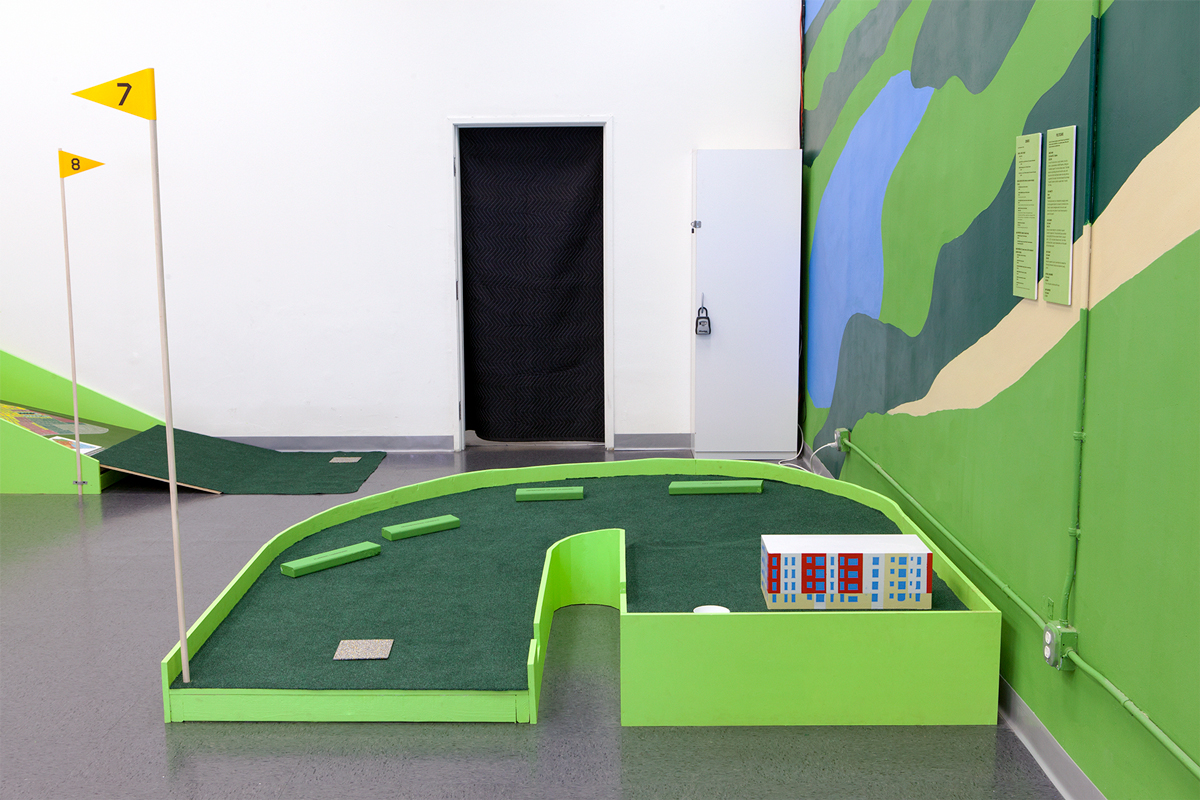 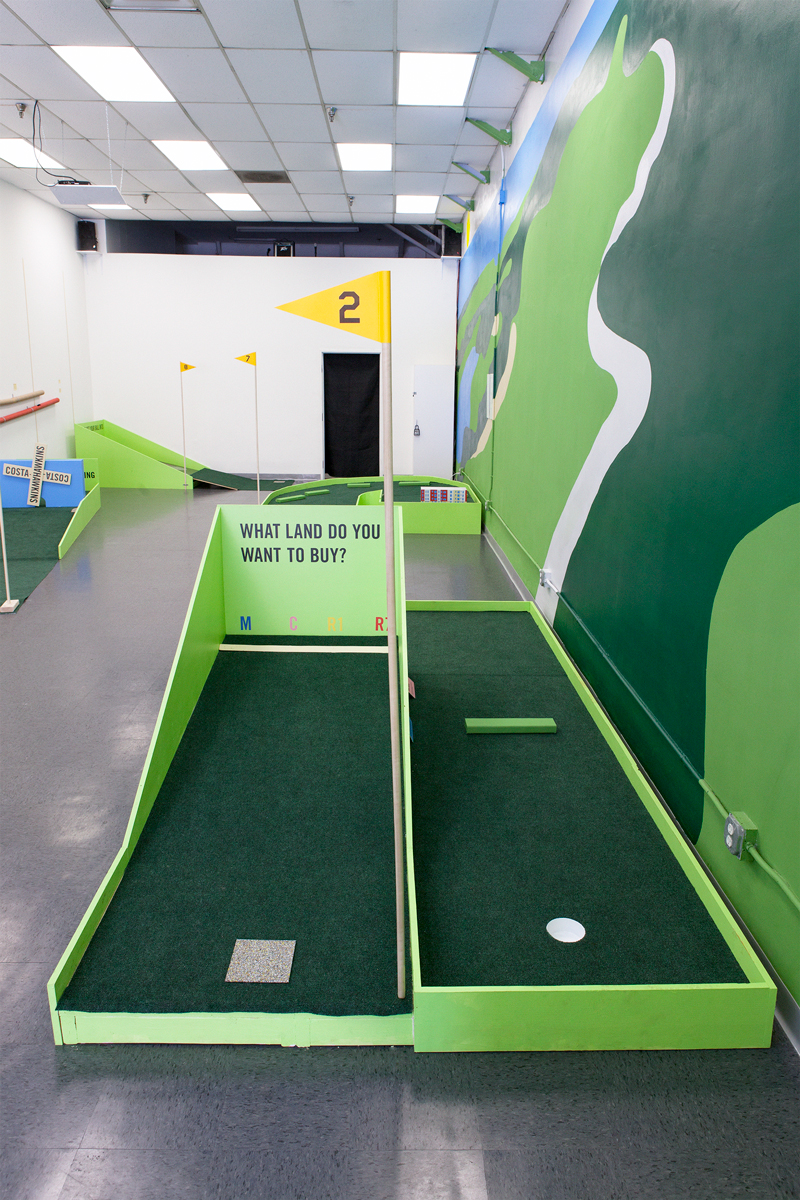 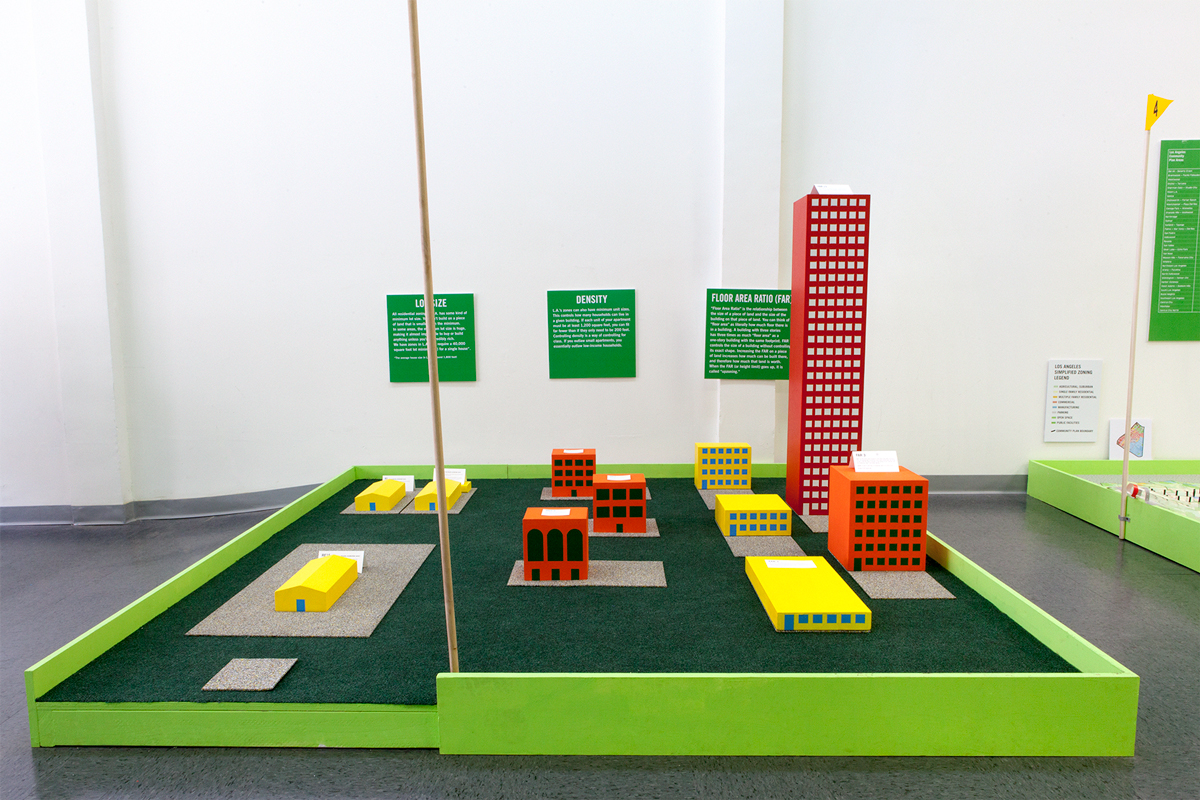 Our Skid Row
Envisioning Development
What is Affordable Housing?